I haven't posted about movies for a long time. As the Academy Awards night is right around the corner, are you catching up with as many nominated movies as possible like what I did in the past two weeks? Here are two interesting ones that I would suggest any movie lovers to start with, especially when you want something entertaining as well as inspirational to watch.

Based on the true story that happened in 1960s, the movie revealed how African American female scientists contributed their intelligence to NASA's satellite launching projects. I can't say enough how meaningful and inspirational seeing a movie like this, especially as a woman of color myself. Achieving in a traditionally male-dominated field is extremely hard without the support of female colleagues and an open-minded society. Even in today, women of color are still struggling to break through many professional and creative fields.

This film has a great storyline and excellent casting choices. Taraji P. Henson is perfect for the role of Katherine Johnson as a smart and strong mathematician working hard to pursue her dream. As mentioned in one of her speech, Taraji has a struggling life, being a single mother and working actress. Discard of social opinions on what a "colored" single mother can do, she strives in her acting career in her 40s, and portraits strong female character in popular shows like Empire, and now an Oscar nominated film Hidden Figures. She has a really good shot in winning the Best Actress this year. My prediction for the overall film on Oscars night is Best Writing Adapted Screenplay.

2. La La Land (2016)
Nominated for 14 categories, La La Land is definitely the strongest competitor of this year's Academy race. I wouldn't say this is the best film that I ever seen in my life, but I have to say it was the perfect movie that I'm so glad I watched during the most special time of my life. Especially by watching it with my husband while carrying our first baby, we had such an emotional night sharing the joys and tears that this cute romantic musical brought us. If you refuse to see it because you are not a musical fan, then don't be. The movie is way more than just a musical. It's about love, passion and pursuit of dreams. It appears to have the classic musical movie style of the 70s, but the director makes sure to remind you this is not just a fairy tale story and keep dragging you back with modern elements and realistic storylines. It is a movie that doesn't need many dialogues but just some amazing music scores and brilliant editing/lighting techniques to drive the flow of the story as well as audience's emotions. The best part of the movie is definitely the ending. (Don't worry. I'm not gonna spill it for you) But you have to go watch it for yourself to see what I mean. No lines, no dialogues, just purely up to the audience's emotions and feelings roaming in its own imaginary la la land. 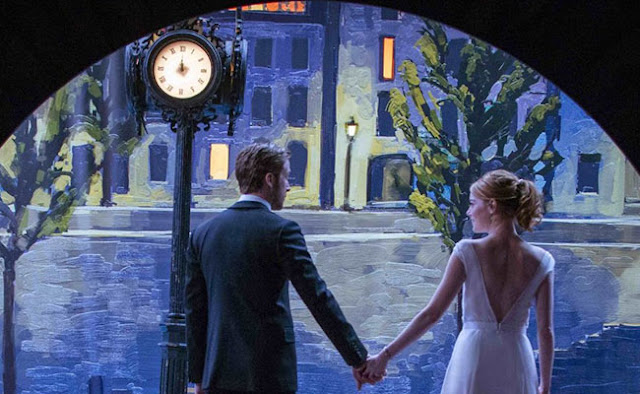 Emma Stone and Ryan Gosling are definitely one of my favorite movie couples that I enjoy watching (besides Jennifer Lawrence and Bradley Cooper). They partnered once in Crazy, Stupid, Love, a hilarious romantic comedy in 2011. However, La La Land brings out the most of their acting skills and musical talents. I'm still stunned by Ryan Gosling only spent three months to become a pro in piano?! (which makes me regret so much for giving up piano when I was a kid...) It is a movie that will make us think a lot about our younger self, no matter what life phase we are in now, we will always wonder what if we didn't give up this, what if we keep pursue that hobby, what if life took a different turn, and what if, what if...Those dreams and hopes that we used to have, are they still driving us and motivating our life? or are they left at the corner of life and long forgotten? Till the end the movie, I could not help sobbing and crying, not totally out of sad, but actually mixed with joys and love (such a weird mixed feeling...)

I'm positive that La La Land will win the musical score award on Sunday, along with some other big categories. I will leave the technical comments of the film to other critics. To sum up the post, I just want to re-look at this opening scene of La La Land that was shot on LA highway in the middle of the daylight. (Still don't know how the production team manage to produce a scene that could cause huge blockage of already notorious LA traffics) So jealous of the actors and dancers that have the opportunity to freely "fly" on and off highway vehicles and embrace the wildness of music and life. "Here's to the ones who dream" and "here's to the mess we make". Hope I will still have the heart to dream and the courage to make a mess no matter how old I am.

P.S. Thanks to my friend Jane's recommendation, a great foreign movie that worth of watching this year is Lion. As a person who was born and grew up in a third world, it's amazing to see deep social issues made into movies and brought to the world's attention.
Also, I really look forward to this animated movie that's coming up next month, Boss Baby. The cuteness level is, whoooo, too freaking high! too cute that I can't wait to see my own baby to be born so I can kiss and squeeze his cheeks all day long lol. 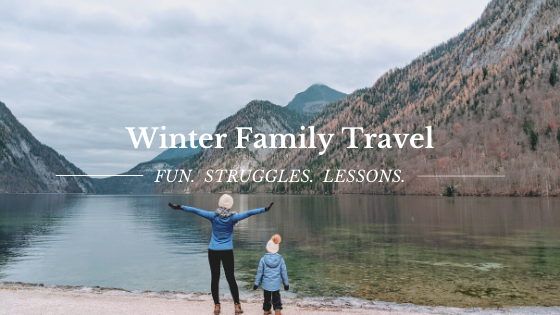